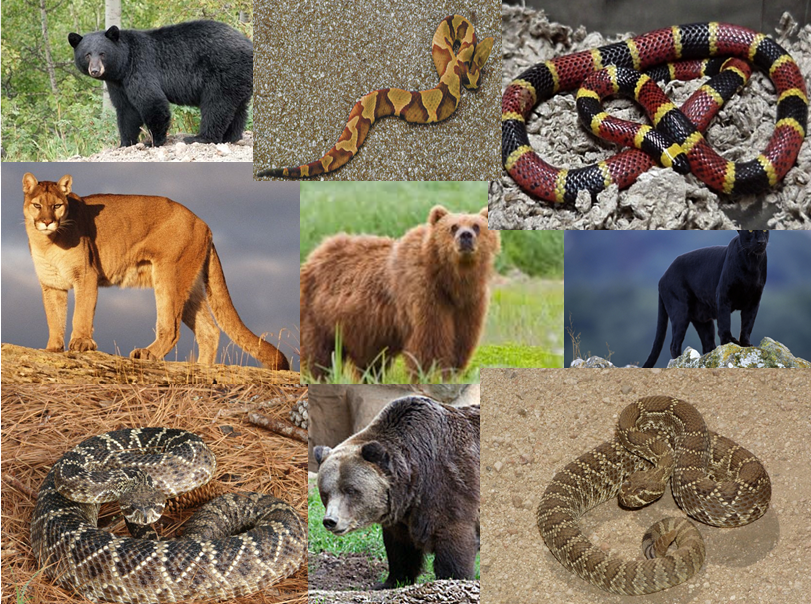 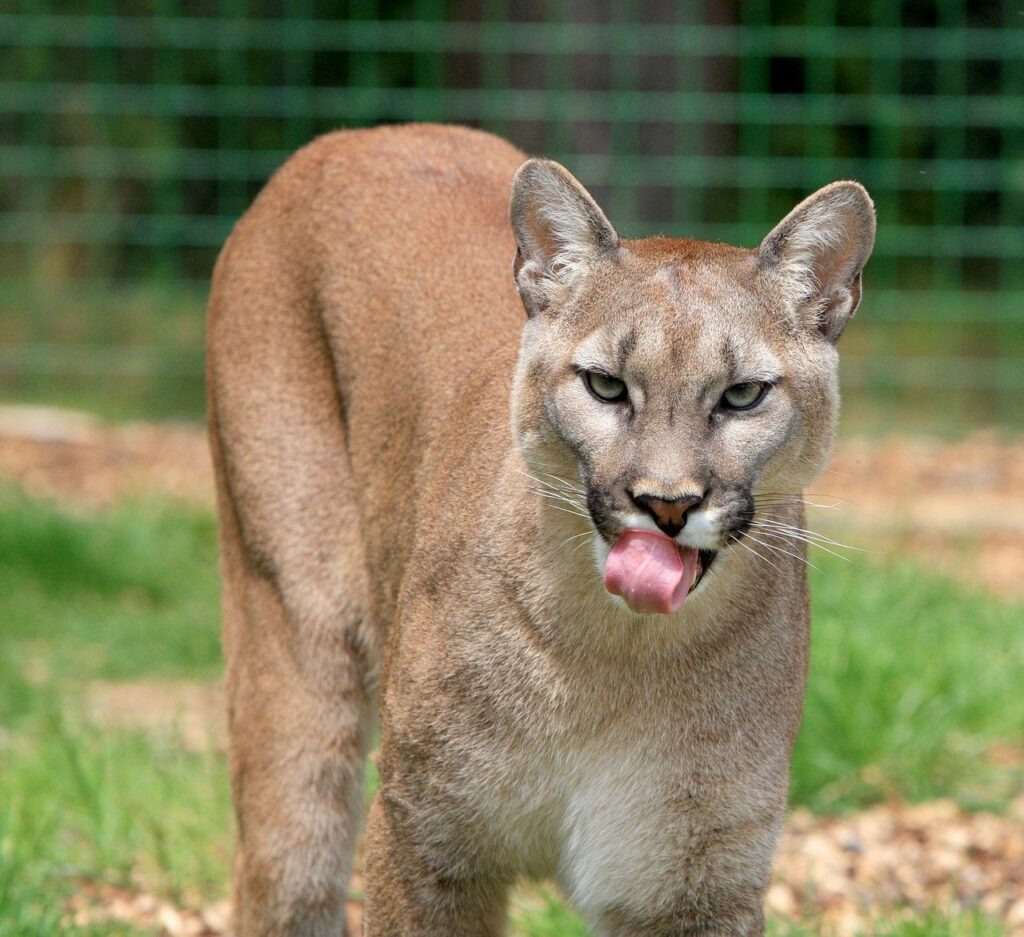 Mountain lions (also called cougars or panthers) tend to avoid people. Mountain lion can measure up to 8 feet from their nose to the tip of their ropy tails. Mountain lions may be present and are unpredictable. Be cautious. They have been known to attack without warning.  You are advised to stay alert for potential danger

What to do if you encounter a mountain lion 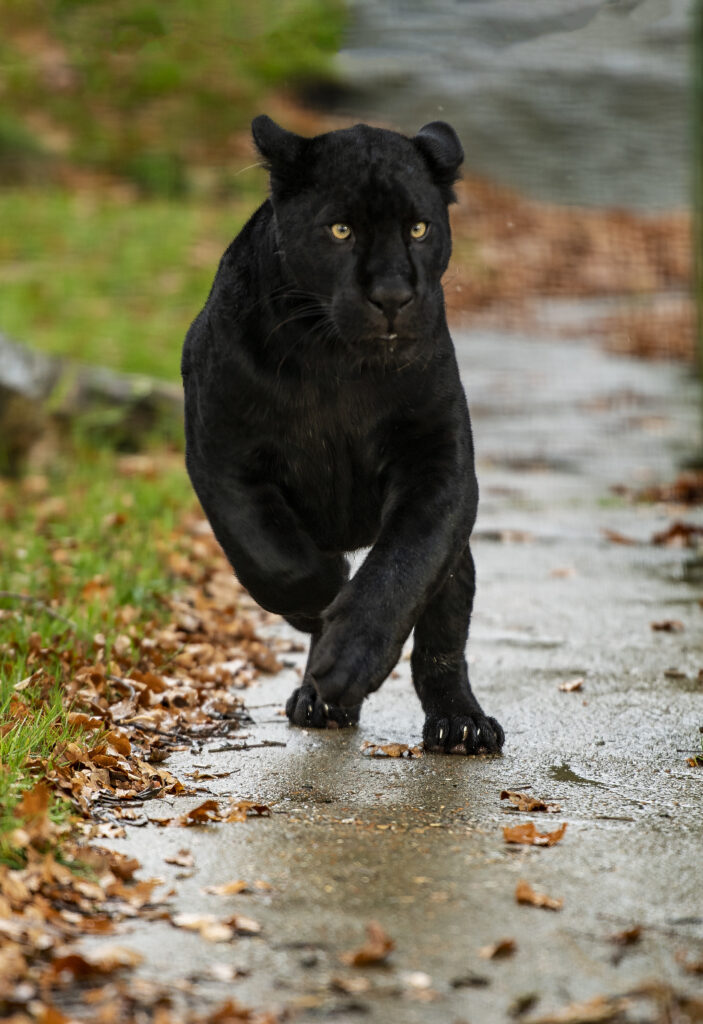 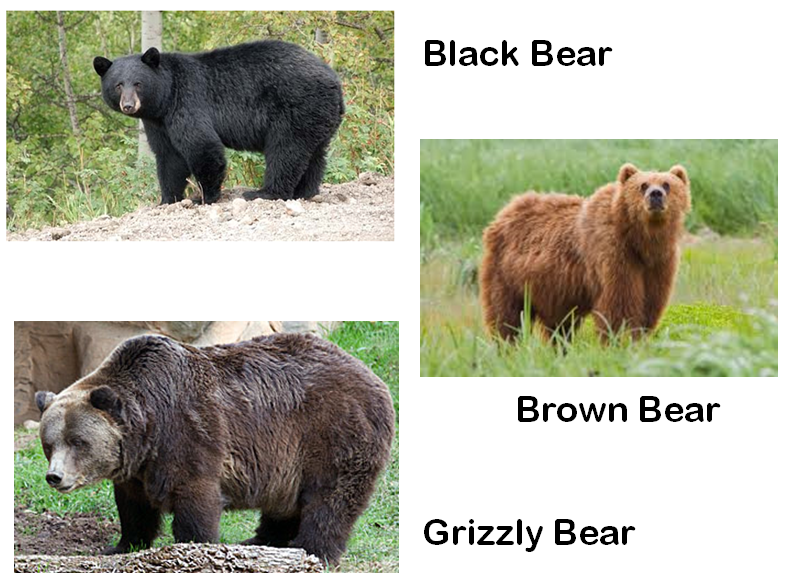 The Black (sometimes called a grizzly) and the Brown bear are the two main types of bears you can encounter in the Continental United States. Be careful not to confuse the brown bear with his cousin the black bear, you can identify a Black Bear by its humped shoulders, white-tipped back hair and extra-long claws. Bears are normally shy of humans and generally will move away before we are even aware of their presence. Most bear encounters and attacks can be avoided, but there will be times when wind or other background noises may result in encounters between bears and people

What to do if you encounter a Bear 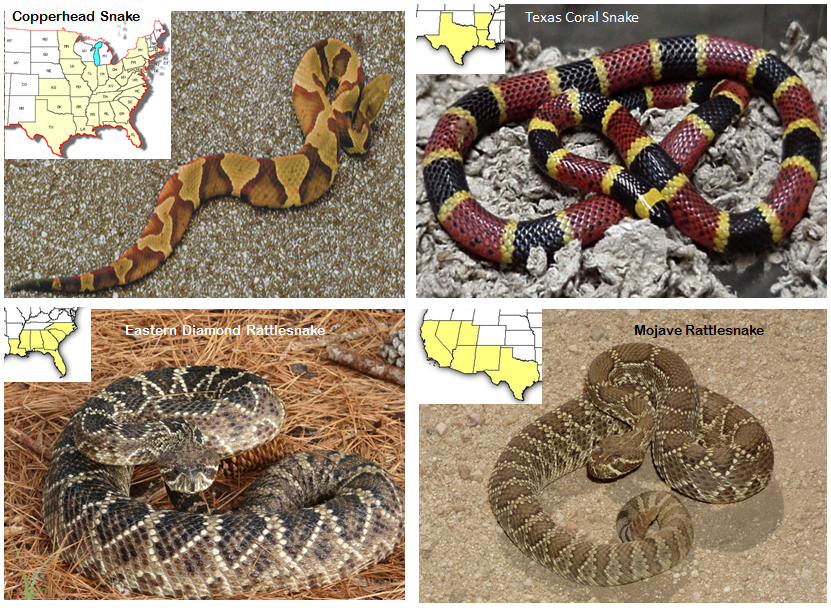 Generally not aggressive, rattlesnakes strike when threatened or deliberately provoked, but given room they will retreat. Most snake bites occur when a rattlesnake is handled or accidentally touched by someone walking or climbing. The majority of snakebites occur on the hands, feet and ankles.

Rattlesnakes usually avoid humans, but about 8,000 people are bitten by venomous snakes in the United States each year, with 10 to 15 deaths, according to the U.S. Food and Drug Administration.

Most bites occur between the months of April and October when snakes and humans are most active outdoors. About 25 percent of the bites are “dry,” meaning no venom was injected, but the bites still require medical treatment. Depending on weather and threatening conditions such wildfires; rattlesnakes may roam at any time of the day or night. If walking at night, be sure to use a flashlight.

To avoid rattlesnake bites these safety precautions may help:
• Wear appropriate over-the-ankle hiking boots, thick socks, and loose-fitting long pants. Never go barefoot or wear sandals
when walking through wild areas.
• When hiking, stick to well-used trails if all possible.
• Avoid tall grass, weeds and heavy underbrush where snakes may hide during the day.
• Look at your feet to watch where you step and do not put your foot in or near a crevice where you cannot see.
• Do not step or put your hands where you cannot see, and avoid wandering around in the dark. · If a fallen tree or large rock is in
your path, step up on to it instead of over it, as there might be a snake on the other side.
• Be especially careful when climbing rocks or gathering firewood.
• Check out stumps or logs before sitting down, and shake out sleeping bags before use.
• Do not turn over rocks or logs. If you must move a rock or log, use gloves and roll it toward you, giving anything beneath it the
opportunity to escape in the opposite direction.
• Never grab “sticks” or “branches” while swimming in lakes and rivers. Rattlesnakes can swim.
• Avoid approaching any snake you cannot positively identify as a safe species.
• If you hear the warning rattle, move away from the area and do not make sudden or threatening movements in the direction of
the snake.
• Remember rattlesnakes do not always rattle before they strike!
• Do not handle a freshly killed snake – it can still inject venom.

Venomous snakes in North America
About 25 species of venomous snakes are found in North America, all but the coral snake have slit-like eyes and are known as pit vipers. Their heads are triangular, with a depression (pit) midway between the eye and nostril on either side of the head.
Rattlesnakes rattle by shaking the rings at the end of their tails.
Water moccasins’ mouths have a white, cottony lining.
Coral snakes have red, yellow and black rings along the length of their bodies.

If bitten by a rattlesnake DO NOT: